"Welcome to ViruStop!" Recently, ACROBiosystems officially announced the launch of a new brand, ViruStop. ViruStop is specifically designed for virus research and development, committing to accelerating the process of infectious diseases vaccine research, development and approval.

ACROBiosystems expressed that ViruStop conveys the company’s mission and vision. The company aims to speed up the process of biological medicine and the vaccine research, development, and approval by proving high-quality service and products including proteins, antibodies, kits, and others. ACROBiosystems is willing to join hands with the industry to stop the spread of the viruses and to contribute to human health.

Alongside ViruStop, a series of new products about the Monkeypox virus (MPXV) have also been announced, including the important antigens E8L, A30L, A35R, A29L and B21R, aiming to support the research and development of the monkeypox virus and its vaccine.

According to the US Centers for Disease and Prevention (CDC) statistics, as of June 14, a total of 1879 confirmed monkeypox cases in 35 countries. The UK has the highest number of cases, with 470 confirmed cases, and the BRITISH Health Security Agency issued a notice that monkeypox has been listed as a notifiable infectious disease since June 8. Initial studies have shown that smallpox vaccination is about 85% effective in preventing monkeypox. Jynneos, a vaccine for smallpox and monkeypox developed by Danish vaccine company Bavarian Nordic, is the only vaccine approved to protect against monkeypox so far. However, people had stopped smallpox vaccination since it  has been mostly eradticated, which means that the current population is generally not immune to smallpox and monkeypox. Virology expert Chang Rongshan said that the new global pandemic may have affected human immunity levels, causing monkeypox to gain more adaptability than ever before in human populations after smallpox disappeared. Therefore, it is necessary to reserve specific vaccines and antiviral drugs while closely monitoring the international monkeypox epidemic.

Before the official announcement of ViruStop, ACROBiosystems has been deeply engaged in the field of infectious diseases for many years. After the COVID-19 outbreak, ACROBiosystems quickly carried out related research, assisting front-line scientific pioneers.Previously, ACROBiosystems and their partner have already successively published scientific research results on Cell and Nature, the authentic journals in the field of life sciences. In addition, ACROBiosystems provided excellent quality and stable proteins, antibodies, ELISA kits, and Pseudovirus for a number of vaccine and diagnostic customers.

ACROBiosystems also owns sub-brands such as Star Staining and FLAG, involving platform technologies and products such as fluorescent-labeled proteins and membrane proteins. For different types of antibody products, Antibody Matrix was established. The company also has the real GMP grade ability and launched the GMP Cytokine. ACROBiosystems is committed to accelerating the development and marketing of biological drugs in all aspects. 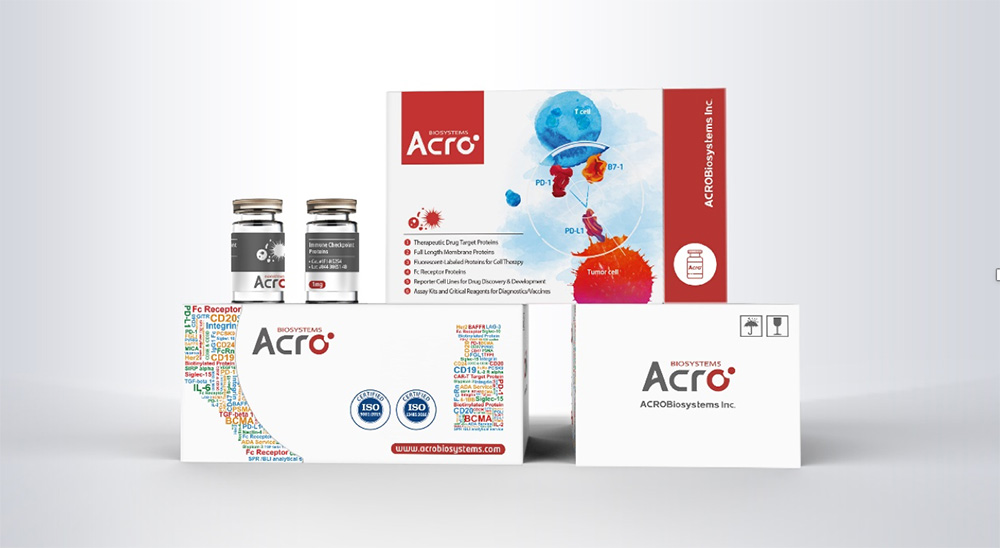